On 7/31/2009 one Bobby Robson passed on and left this industry poorer for it. Ten years to the day, where the time goes I don't know.

No need to elaborate on this, everybody who is anybody connected with this club knows and acknowledges what Robert brought to this team i.e. in ways of recognition, triumph, pride, integrity et cetera. Not to mention the so nears and almost's with the top league title challenges.

Subsequent names like Rob Ferguson, Duncan and Lyall tried their hand thereafter but they were never going to replicate the success of one individual. Moving on to the national job in 1982 was probably the right thing to do. Robson would have realized he had taken the team as far as he were able and the opportunity of leading the national team were there.

Argument will always arise over who was better regards Ramsey as team manager, the latter did win the league where Robson was unable, but today is something of an honor for the club and take the opportunity to thank Mr Robson for his time here and assembling a squad that was (for a time at least) on the verge of one of Europe's finest. Didn't last long, but for those of an age to recall they were stellar years without dispute. 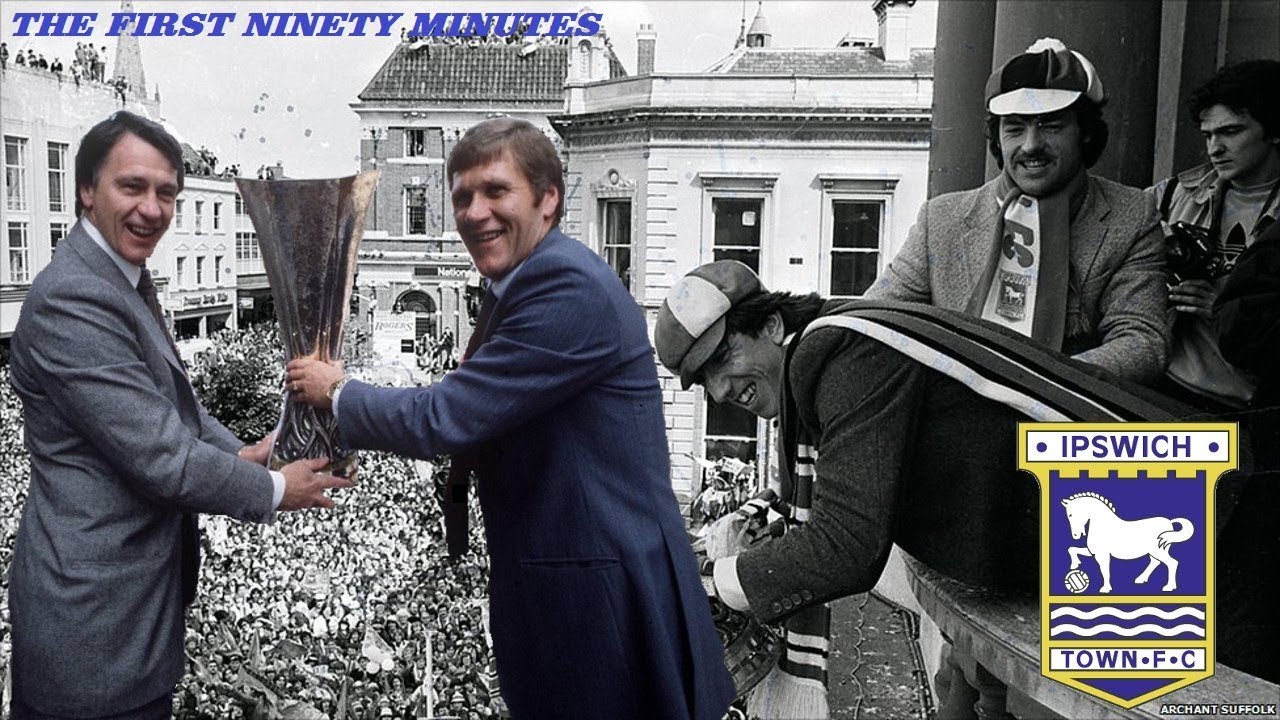 Had a lump in my throat just watching Anglia news previewing tonights performance at the Ipswich Regent.

I was too young to really appreciate the very, very special times that Bobby Robson brought to our club, but that never stops me (or any other ITFC fan) bursting with total pride. Knowing that he managed some huge European teams, but still acknowledging that he'll never have a better team than the one he left behind at Ipswich.

His legacy is phenomenal, and , in my eyes, never mind the title of "Sir" i think Saint Bobby is more appropriate.
Top

My deep regret is that I never had a chance to tell him in face how grateful I am to him for bringing ITFC into my life.
Top

The biggest era of the clubs history,....... and the biggest Adidas logo on a tracksuit.

Still the best ever, SBR.
Top

That era you speak of will never be repeated, at least not in our lifetimes. Wasn't all one way traffic though, FA Cup winning year was met with an uncharacteristic league finish and 6 - 0 win over Manchester United still saw the opposition finish ahead of us in the eventual league placing. Christ, this club came so close to a unique treble achievement, something now that without question would appear in the realms of fiction.

Was wondering a moment ago what Robson would make of the teams' decline in recent years if he were alive to see it. I mean, (now) in the third league, something so far apart from how we were back during his tenure. It's something that can't be measured.

For anyone that hasn't read the autobiography, would certainly recommend it. Haven't been through every word verbatim, then again not all is about this club as you can imagine, but still an enlightening page turner. That film release they did last year, haven't had the pleasure to catch it as yet but reports seem favorable and in time, shall take in a viewing.
Top

It’s worth remembering though that Luton Town were in the 5th tier four years ago. Now in the 2nd.