Match comments aside, I think the English fans behaviour before & after the match was beyond disgraceful. And as for the vile racist comments on social media: all those who posted should be prosecuted & banned from international games.

I agree its disgraceful behaviour, it is a minority though but sadly it looks bad on us all, mud sticks. Have an opinion by all means but racist attacks and threats, no way, God knows I was fuming at the way those Two penalties were taken but to turn it into such vile abuse? No way, these people are not real fans, in fact they can't even be called people.

Mike you are correct these people aren’t fans they are just pond life. Some of the scenes at Wembley yesterday before the game and inside the stadium were disgusting to say the least.
We arrived at Wembley about 3pm and you could sense that thing’s weren’t right. Even at that time it was packed but the majority of people didn’t have tickets. When you got further down Wembley Way from Wembley Park station some idiots were already lobbing glass bottles in the air. Fortunately as we have been to Wembley so many times before we knew of a spot where it would be relatively safe.
At 5pm we decided to make a move and go into the stadium. To make sure they were ok I took wife and daughter to their entrance where they had to go through security checks. I then made my way back to where I had to go in and to put it bluntly it was absolute chaos. Some people were trying to get in without tickets and the stewards were struggling to stop them. There was no police presence at all at this entrance.
The steward that checked my ticket and Covid test result was thorough but some of the others seemed to just let people in. To be frank the security yesterday was terrible for such a major event. I certainly feel that there needs to be an inquiry into want went wrong with that side of things as the consequences could have been disastrous.
Think yesterday’s events could seriously damage our hopes of getting a future tournament here.
Top

Someone cocked up in the crowd control / management strategies didn’t they . But if beggars belief how some of these “ fans” in this Country get away with this behaviour. You have to say we don’t endear ourselves to the rest of the football community do we . Idiots !
Top

Tony that is shocking to read and like it or not this and the racism thing has overshadowed any real talk of the final itself, I have in fact seen the video showing the situation you describe and it was shocking scenes, I would never condone the violence but watching the real paying fans in the concourse fighting to stop these w*nkers getting in you almost enjoy watching them punching their bloody lights out, little bastards.
Top

Well that's that. Realize a number of fans here are going to be disappointed and came near to a standout victory, nothing disingenuous the team did good and put itself back on the map. No one could have envisaged English getting to within one kick of a Euro Championship, damn you came near, I think you'll only realize how close in the weeks and months ahead.

There were some idiots causing mayhem in or around the stadium during game time ? Just reports you can see, all right there's going to be some added incentive and excitement but all the same some made a mess again and tarnished what should have been a celebration event. Once again kind of pleased the damn thing is over, you can now focus on what's important namely having Town attempting to be back in the Championship League and moving on from the unmitigated mess and misadventure of previous managers, owners, and seasons.
Top

Bluemike wrote: ↑
Mon Jul 12, 2021 2:18 pm
Grealish has come out and said he wanted to take a penalty, he put himself forward, the fact Saka hasn't even taken one for his club before makes the selection even more baffling.

I understood all the England penalty takers selections except Saka which was madness. Even if he had shown excellence in training you still wouldn’t put him on 5th given the potential pressure of winning or losing the competition. As he held the ball before placing it on the spot the cameras caught his expression, and it was sheer fear like a rabbit caught in the headlights. I said to my missus, there’s no way he’s going to score he looks scared shirtless. The rest is history.
Top

hallamblue wrote: ↑
Mon Jul 12, 2021 5:03 pm
Someone cocked up in the crowd control / management strategies didn’t they . But if beggars belief how some of these “ fans” in this Country get away with this behaviour. You have to say we don’t endear ourselves to the rest of the football community do we . Idiots !

The FA need to hire Spain’s Guardia Civil for England’s next big game at Wembley. There would be no trouble anywhere near the ground and if it did kick off it would be over in minutes. Ask any Liverpool fan who tried messing with them at Camp Nou when they played Barcelona.
Top

When I was stationed in Bosnia, it was the Italian Carabinieri that provided security. They were effective, but they were also assholes; one of them bumped into to me and made me spill beer at the base bar. He didn’t apologize.

I haven’t said much about the loss. I have so much going on right now I’d say it’s making my hair fall out, but I’m already bald. I have my opinions, but I’m very happy we made it to the final. I just don’t understand how sh*t we are at penalties. I’ll still be cheering for England in the WC, I think we’re getting close.
Top

Ive heard of a real burning desire for England to lose……… but, 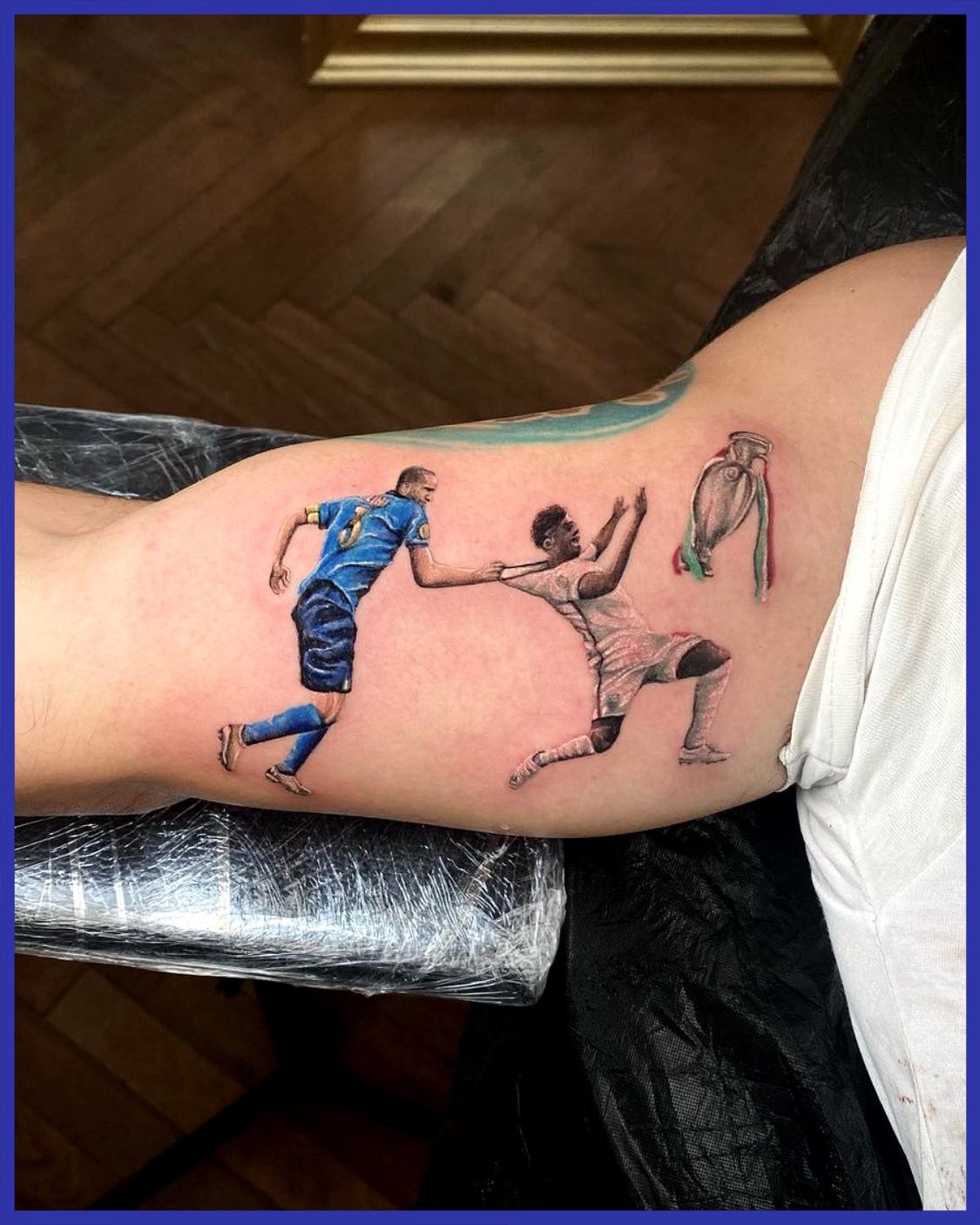