Successful teams are the ones that know how to grind out results when up against it, they are the teams who learn to adapt best in adverse situations, most importantly they are the teams that win games when not playing at their best and all Three of those scenarios sum up perfectly Town's win at Burton Albion on Tuesday night. From the off Town had their backs to the wall as the Brewers peppered out box with long balls, goal kicks, Free kicks, corners and long throws, you name it it came our way and despite so scary moments the excellent Christian Walton and his defence stood firm although it has to be said we were often the architects of our own troubles with sloppy passes, hesitant defending and general over casual play often putting us in danger.

Let's be clear about things though it was far from One way traffic and when Town did attack they looked very dangerous indeed with Harness, Ladapo, Jackson and co causing the Burton defence plenty of trouble, I think it is true to say that as Ian Westlake stated in commentary there was only One team trying to play Football, and that was us. With the gaffer making some changes it gave others a chance to stake a claim and Jackson, Aluko and Leigh all did their chances no harm at all, it shows what strength in depth we have at the club now and nobody can let their performance levels slip.

One area of the game that did concern me was this playing out from the back thing, as pleasing on the eye as it is there is no doubt in my mind that Luke Woolfenden and more so George Edmundson sometimes look like ducks out of water as it was these Two that were often all at sea, credit to kieran Mckenna though, he has a style of play that he believes in and he sticks rigidly to it, I just feel that on another day against better teams we may well be punished for the sloppiness that creeps in to our game, hopefully though the more we play it the more comfortable we will get.

There was a lot of talk about how we would miss Bersant Celina and how we may rue letting Joe Pigott go out on loan, well so far neither could be further from the truth, Pigott is still yet to get a league goal, or indeed start many games, while Celina continues to play in front of a hundred or so fans, we on the other hand have Marcus Harness on Three goals for the season already and while Tuesday evening was his least effective game he has really impressed me with many aspects of his game, I just dont think the Two we let go would have anywhere near the work ethic or eye for goal Harness has.

Special mention must go to Christian Walton who pulled off a couple of stunning saves when we were up against it, he really is a class act at this level and will save us a good few points in the coming months, his contribution cannot be underestimated and gave us the springboard to go on and claim the win, a win which sees us stay top of the table and even puts us out by ourselves on Ten points, still ridiculously early days but lovely to see all the same.

our second game of the week is also on our travels as we make another lengthy trip to Shropshire where Shrewsbury Town await. once again this is a game we should enter into with relish as they are expected to be among the sides in the lower reaches of League One this season, they have had a steady if unspectacular start to the season and currently sit in Sixteenth place and Five points, they have only lost One of their opening Four games however and that was to Accrington Stanley at home, last Saturday saw the Shrews pick up a very good win at Wycombe and they followed this up with a midweek stalemate at home to Derby county so they are capable.

I just think town are c*ck-a-hoop right now and confidence is high which is why I see our Third away win of the season on the horizon here, playing away is going to suit us more this campaign as teams are expected to play a bit more being at home and I can see Town having to much for Shrewsbury in an attacking sense, so it's another Town away day win for me, as long as we can eradicate the odd sloppy moment at the back and keep things tight. "Top of the League at Portman Road" COYB'S 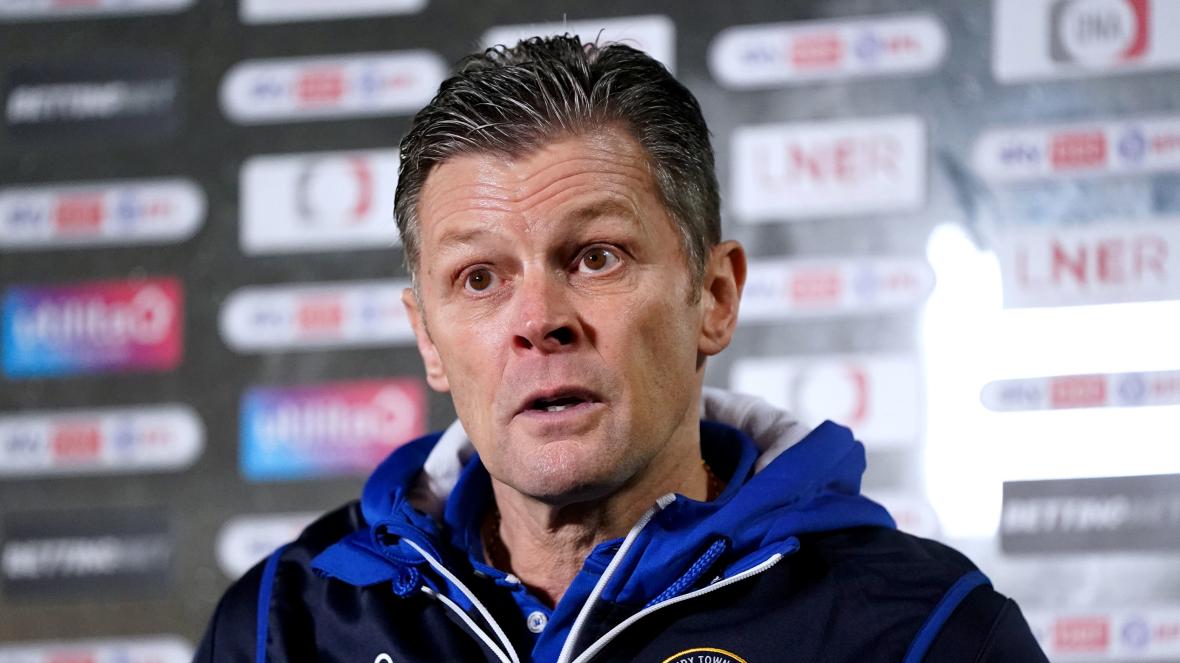 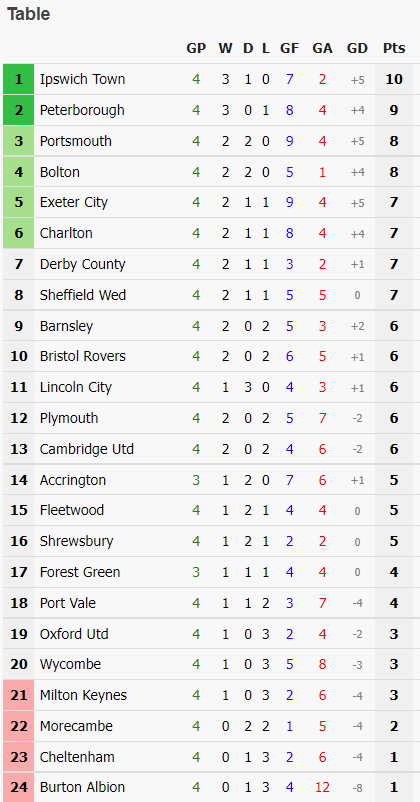 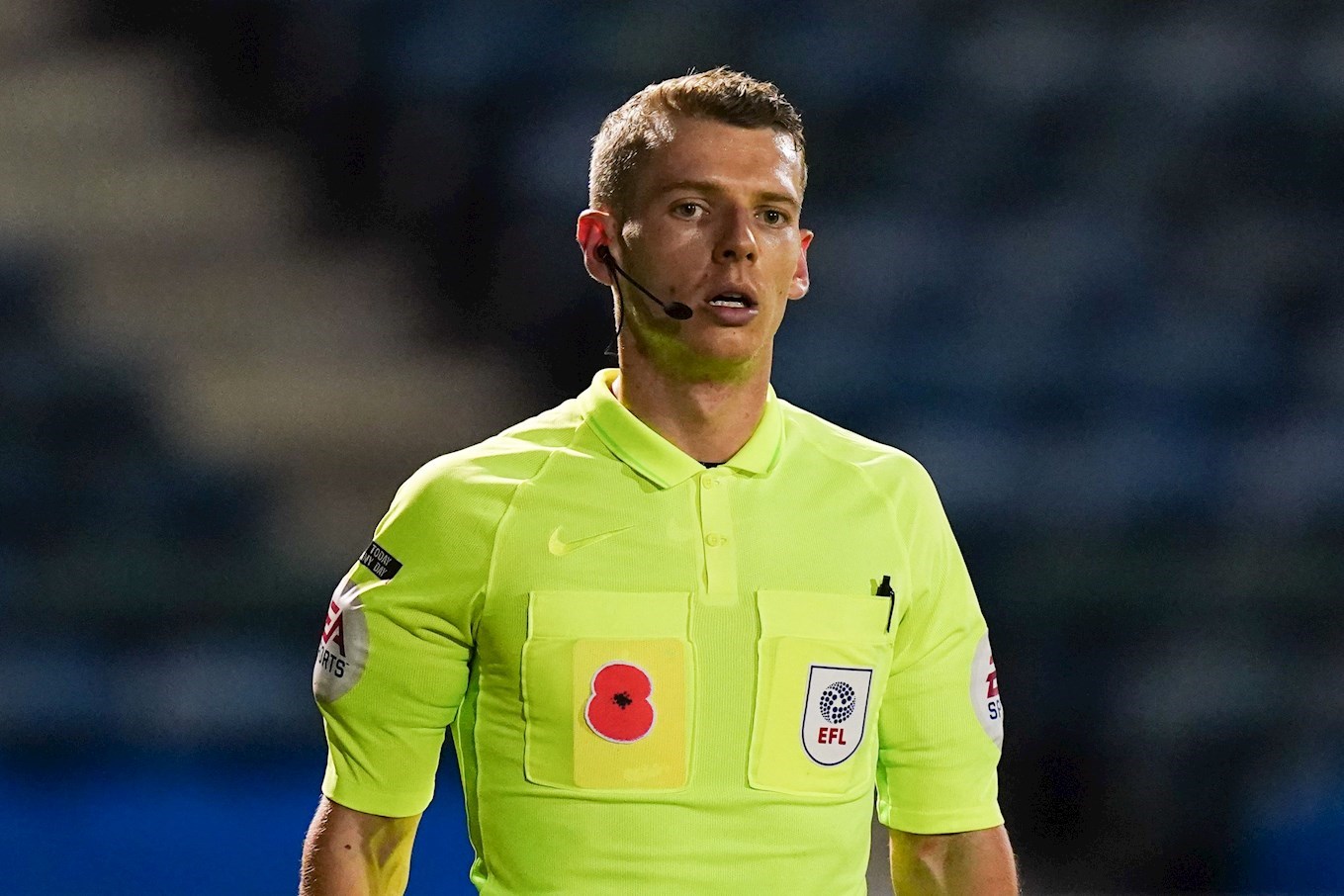 Tough game again, there recent results makes them look fairly solid. Might go for a 0-0 or 1-1.

Likely to see Davies back in, hopefully Burns but if not then it will be interesting if he goes with Jackson again or maybe KVY, or even Edwards.

Chaplin will also come back in for Aluko I suspect. I'd stick with Ladapo up top, as we either need Jackon wide to stretch the pitch or bring him on later to use his pace against a tired defense.
No Tuesday game so likely KM will go strong as possible here.
Top

Second away game in a week, will not be easy but a sign of a good team would be could win this.

We have always struggled against Shrewsbury, I do not think they will beat us but im expecting a draw, as they managed against Derby the other day.

Updates on Blues trio from the boss

Town will have to make late calls on the fitness of both Dom Ball and Wes Burns ahead of Saturday's away fixture at Shrewsbury, Kieran McKenna has confirmed.

Dom is yet to make his competitive debut for the Club but completed a full session with the squad earlier today, while Wes was absent from Tuesday night's victory at Burton after picking up a minor injury ahead of the previous weekend's MK Dons success.

The Blues' boss also says that Richard Keogh will be in line for some match action in the next few weeks having already contributed significantly in training.

Won't be easy or as straight forward as some would imagine. We got lucky in some games so far, got a result we maybe didn't deserve. Lot of things point to a draw.

Depends what formation McKenna goes with on the day and what set of players want it more. One point each. at least the unbeaten start remains intact.
Top

Think this will be a difficult game. For some reason we seem to have struggled against Shrewsbury in the past, whether it be at Gay Meadow or their current ground. Even remember us getting knocked out of the FA Cup by them when SBR was in charge. Think this one will end up in a draw which would mean that we would have taken 4 points out of 6 from the 2 away games which is still a good return.

Yes, nice write up and agree with last paragraph. Confidence within the team growing with getting wins when sometimes up against it.
Fancy another storm weathering performance and a 2-0 away win.

His assistant: “Hey Steve, thats Mark Ashton on the phone. He’s asking if you can pay the bus diesel?”
Steve: (picture)
Top

4-1 Town. If we get one early it will be a slaughter

Nill all but il take a point.
Top

Shrewsbury have failed to score in 3 of their opening 4 games which should provide a realistic target for our defenders and give a realistic boost to our chances of picking up all 3 points. Accrington Stanley managed to come away with a 0-1 win on the opening day of the season, that shouldn’t be beyond us.

Its a win for me, I don't see them being good enough tbh, in Forest Green and Burton you expect a tough battle, I don't see Shrewsbury in the same mould.
Top

It’ll be good after the promotion so that names like Accrington Stanley, Burton & Forest Green can GTF out of the conversation.

I know…….. something about “divine” and all that pish.

Another tough away game but we should just nick it. 1-2 is my prediction COYB
Top

Looking forward to another ifollow

match this afternoon. When it cools down enough to play

again on a Saturday there will be difficult decisions to make. McKenna has certainly revived my enjoyment in watching Town play and not wanting to miss a game.
Top

I've a feeling this is the game that will be a defining moment..that is we not only win 4 in a row but will impose our style so much that it could open the flood gates ...il go for 4 nil to the town.
Top

No Edmundson
No Burns
No Ladapo
Top

We’ve tended to win our home games and draw the away ones. So based on that ( and our team today), ie no Burns yet again ( our biggest attacking threat m), I’d say it’s a draw. Just as long as we don’t go and lose!
Top

Kieran McKenna has made five changes from the team which won 1-0 at Burton on Tuesday for this afternoon’s game at Shrewsbury.

There is still no place in the 18 for Wes Burns, who suffered a groin injury in the warm-up ahead of last week’s 3-0 home win against the MK Dons, or Dominic Ball, who is not quite ready to return from the ankle problem he suffered in pre-season.

Pleased to see Edmundson drop out, was very shaky Tuesday, not so happy at Ladapo and Leigh dropping out.
Top

How in gods name was that nor a bloody penalty
Top

Wtf how is that not a penalty and red card!!
Top

I guess their defender played the ball. No appeal and poor first touch from KVY. Great pass.
Top

Donacien having a mare so far
Top