So the trip to Wycombe Wanderers saw Town once again dominate virtually the whole game, top virtually every stat there is in a game of Football and yet come away empty handed, I have lost count of the number of games we have blitzed the opposition only to fail to grab all Three points and while it was only our Third defeat in half a season it still doesn't make the disappointment any less painful.

The argument rages on about where we need strengthening the most, defence or attack ? Possibly both ? for me it is defensively where we really can do with reinforcements, while on this occasion we did fail to find the net that does not happen very often at all and as I have said before sometimes One goal needs to be enough. on this occasion it was young Cam Humphreys who was in the mood to pass around pre Christmas gifts with some very weak defending to allow their guy through, Cameron Burgess too may feel he could have done better but either way as a team we needed to be stronger.

At the end of the day we are still exactly where most of us wanted and hoped we would be, the fact we could be out of sight may be frustrating but it's not reality, it seldom happens that you always pick up what you deserve from a game, I am not unduly worried because of the way we are dominating every game we play, if we weren't it would be a different story but this is in our hands to iron out this minor issue we have with our performances in that we can't put teams to the sword, once we find the formula, and we will, there will be no stopping us in the second half of the campaign.

With players returning from injury and the rumours of new signings already coming to the fore it promises to be an exciting January at Portman Road, we must get the new recruits right and I am sure we will, very few of Mark Ashton & Kieran McKenna's signings have not come off so far and there is little reason to suggest that will be any different this time around. The good thing about Town these days is that players suddenly arrive at the club with little or no prior knowledge and that is down to the astuteness of Ashton, names that are being bandied about now will in all probability not be the ones we sign.

Harping back to the Wycombe game I have to say that I thought our Skipper Sam Morsy was immense, such drive, leadership and a will to win was so plain to see and if everyone around him had as much determination we would be cruising every game. One thing that does baffle me at times, and Wycombe was one of these occasions was McKenna's substitutions, there is little doubt Richard Keogh had a very good first half and yet failed to appear after the break, more odd was the removal of certain players instead of a clearly out of sorts Wes Burns, it made no sense at all to me and it's not the first time, nobody should be exempt from being hauled off when things are not going well.

We end the first half of the season with a Boxing Day visit from Oxford Utd who have not had a great time of it this campaign, in front of a bumper sell out crowd it promises to bring the curtain down on 2022 at Portman Road with a super atmosphere, of course that brings added expectation and pressure to the Boys in Blue, I just hope the ground is not as tense and muted as the last home game against Peterborough which really did have a bizarre feel about it, I don't think the Midday kick off helped though, 28K+ should be able to raise the roof from the off and be that extra man. Let's go back to basics and get it right at both ends of the pitch, tight at the back and sharp in front of goal, it's a recipe for success and one we are more than capable of. Let's make this a Christmas to Remember. Home win for me. COYB'S.


Before the Premier League

After the formation of the Premier League 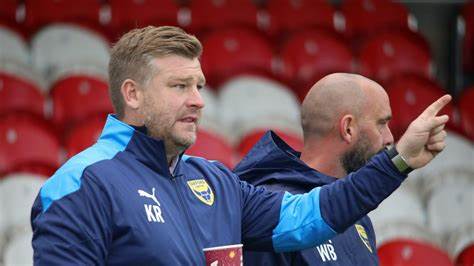 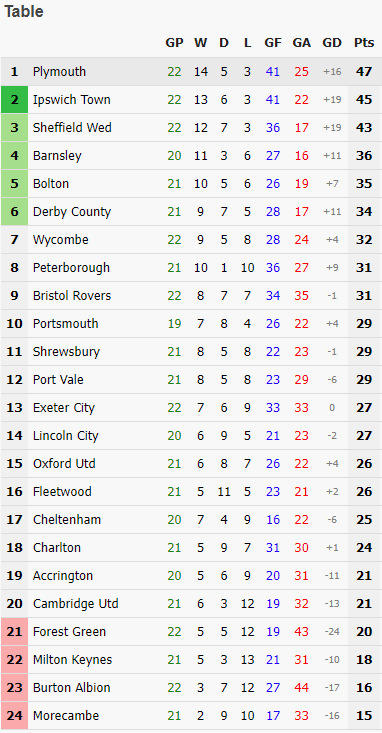 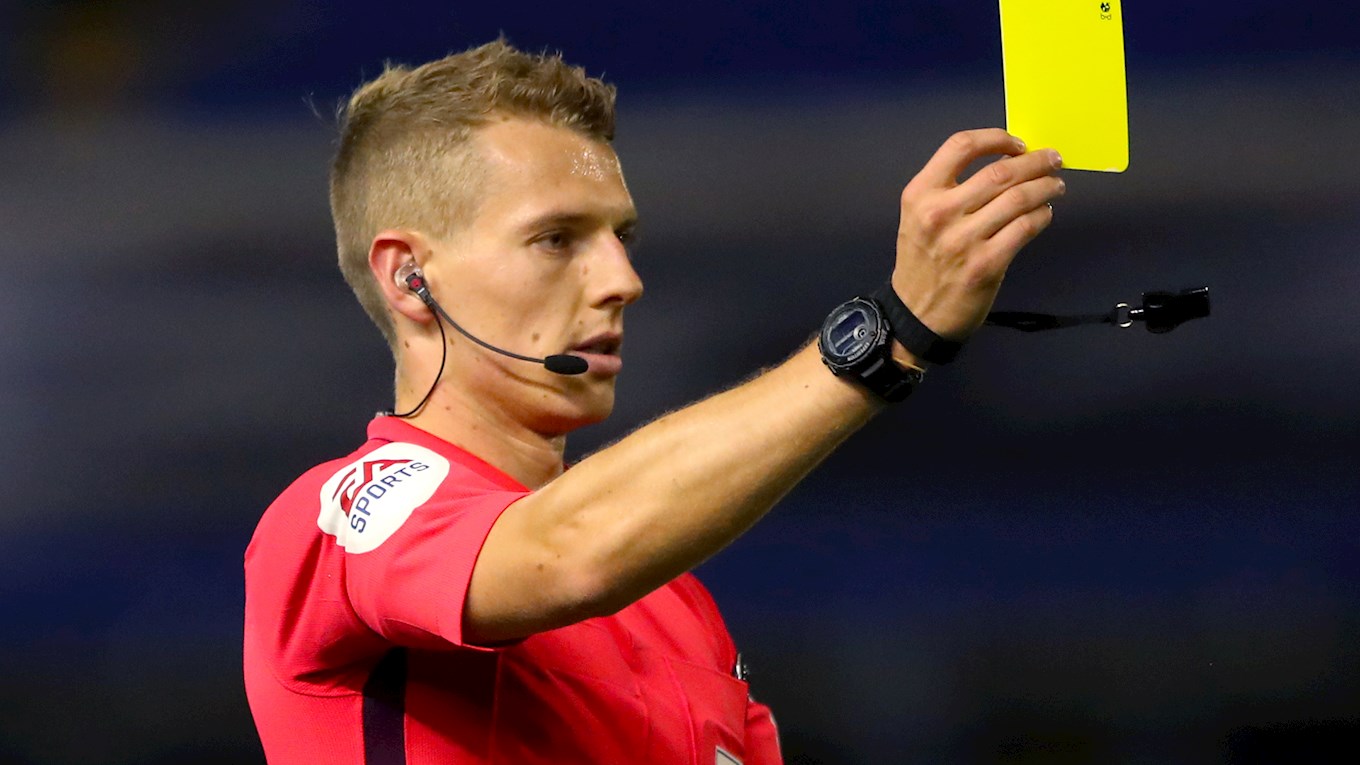 It’s got draw written all over it . 90mins of shytehousery from Oxford and us not able to take our chances, plus the usual one chance offered on a plate to them, which they’ll no doubt take.

Don’t like predicting this but I can’t see anything different: Prove me wrong Town… PLEASE!!
Top

I think we should win this. Oxford haven’t scored many goals of late and I bet KM has been addressing our defensive lapses in training. Chaplin needs to find the net cuz he’s a key player in KMs attack as is Burns who’s obviously off the boil. I hope we see a different do or die attitude from the home team. We need to capitalize on home matches with bumper crowds waving the blue & white flag. Btw if you don’t like the tippy tappy football, I’d suggest you watch the documentary about Barcelona…”Take the ball, Pass the ball.”

You'd think with Argyle and Wednesday both away we have to be looking at three points if we're gonna be where we need to be come May.
Top

Quite agree with you. But our biggest problem is at home. We can’t break teams down that “ park the bus, or deal with teams that come to disrupt our tippy tappy game. We’ve always struggled with teams who come to PR with these approaches . Not just this season, but for as long as I can remember. Here’s hoping we can do the business Boxing Day , and it won’t be for trying.

One thing to note, I think Oxford are 3rd in the form table… so another team starting to come into form.
Top

Either these game officials they pick out are getting younger or I'm ageing too quick. In any event voted for us to win. A lot would depend on how competent the referee is on the day and our ability to put away chances that come our way.

Thought maybe Oxford would be a name for a possible promotion opportunity back in August but they're way down the league and look way off distance. Not only do we have to win but hope both Plymouth and SWFC drop points also. All this can come to pass and more but how it's about how much the players really want it. Don't want no repeat of Wycombes from last time out, that were painful. You got to learn lesson from these experiences.

I agree with andym and hallam. Could be a frustrating draw but equally the floodgates could open
Top

Interesting to read McKennas comments re Oxford. Saying they are “one of the League’s better teams and play open attacking football”.

It’s almost as if he’s challenging them to play that way on BD. It’d be a much better game if they did. ….. we’ll see won’t we.
Top

Nice preview, got to win this one to show real intent on making top 2 a serious goal. Can’t have other clubs “believing” Ipswich Town will fall away ——>> like Plymouth. Show some proper steel in this one (@PR) ——>> 3-0 Ipswich.

And apologies in advance for this.

We should see Harness get some minutes off the bench too.
Top

Really looking forward to this for some reason. I think 9 long days to get back on the horse is too long. Oxford are draw specialists, but think we'll do them 2-0. Disappointed after Wycombe, so hope PR is bouncing and we get back on track.
Top

Surprised by the lineup - that’s our strongest XI in my view. Harness starting, evans, JD and Woolfie back.
Top

Very strong as is the bench. COYB.
Top

Didn't realise Harness would be back so soon! Hopefully not too soon.
Top

Tangfastic wrote: ↑
Mon Dec 26, 2022 9:16 am
Really looking forward to this for some reason. I think 9 long days to get back on the horse is too long. Oxford are draw specialists, but think we'll do them 2-0. Disappointed after Wycombe, so hope PR is bouncing and we get back on track.


You’re not wrong there about Oxford being draw specialists, 6 of their last 8 games played have been drawn with 2 wins, and 5 of their last 7 away games have finished drawn also with 2 wins.

It will certainly be a difficult fixture with a draw the most like outcome, however if we’re serious about winning the league a Town win shouldn’t be beyond us especially with todays line up.
Top

Nice one Freddie, a proper No 9’s Goal

Call for time now, we're a goal ahead and top place in league as it stands. Unfortunately the second-half has to go ahead and statistics don't provide the full picture but seems we're about value for the lead. One goal at an interval never wins you a game but it'll inspire confidence in the players. All we need do after is shut the opposition out, depends how McKenna views it. Take a risk in going for more etc.

Wait there we got a second before half-time ? Wes Burns has made it two, all right it's something of a lead now but always cautious about getting ahead of oneself before any game is over.
Top

Sounds like a promotion chasing performance so far. Great stuff. Keep it going for the 90 (+10)
Top

What a brilliant 2nd goal from Wes Burns, great delivery from Davis.

It’s also that 2nd goal that we’ve been missing in recent games.
Top

I think this is just about our strongest line up. The winter break obviously came at a good time for us in terms of getting injured players back to fitness.
Top

A very good first half after a slow start. Well done boys keep it up.
Top

Town locked 2nd best for 25mins but gradually got into the game. Since the first goal it's been all Town

Very poor start to the game but since we woke up we have been very impressive, they have to come out so hopefully we can score more.

What a strike from Conor Chaplin for Goal No 3