Just wrote out a long reply and lost all the f**king work, keep it short this time to save any further issues.

tried to say they rebooted the series in 2006 with Casino Royale. Now James Bond is dead, what they going to do, restart it again so soon after the last time ? And what about the name itself, you can't have James Bond because they've killed him off, so what else, Tom Smith or Rudy Woodpecker ?

if you haven't seen it yet get out there and grab it while you can. It's Craig's last - maybe THE last of the entire franchise - wish we had stayed to the very last of the end credits to see if the iconic 'James Bond will return' on screen but it's impossible to see how he or it can.

Best guess they'll continue the series in the future but James Bond will of course have a different name. That alone is enough to put off many hardcore enthusiasts including myself. There was no warning during or after Spectre as to what would occur. I know Craig wanted to leave the series and it was his last, but didn't think he'd be taking the actual character and franchise with it on his way out.
Top

I’m not even gonna watch it. I gave up on Dr Who too. Load of rubbish…”Am I buggin ya?” f*ck off Bono!
Top

Never been a Dr Who watcher, ever……. But please do explain that post, 9. Sounds interesting.
Top

That made me chuckle!

Just for the record, second viewing is now complete. Just needed to give it another two and three quarter hours and attempt to make better sense / entertainment out of it.

Spoilers and all that jamboree, but it's been on release long enough now. Either you've seen it or no inclination to view. In any event :

Pre title sequence takes up awful lot of screentime. Jason Vorhees type villain murders parent and tries to replicate action with young child. Child finds a pistol, shoots intruder seemingly dead, and finds incredible strength to drag body down flight of steps, out of property and towards a frozen lake. Villain comes to, chases kid over lake, kid falls through cracked ice and remains submerged in icy water for some time trying to break surface. Just when it couldn't get any more absurd, villain shoots at point-blank range with bursts from heavy firearm at kid under ice but somehow misses the target. Soon after it's revealed as a flashback by White's daughter with whom Craig's Bond has a on-off relationship. They're on a beach / cove the entire time.

Not long after Bond gets hit by a bomb at Vesper's grave, escapes to a vehicle with Swann (White's daughter) and eventually gets caught in a town square or something by more villains. Vehicle gets massacred by incoming bullets and heavy artillery but seems better protected than any Presidential limousine you could care to mention.

Bond meets up with a woman in Cuba who believe works for intelligence in Havana. Nice black dress and cleavage almost on display but she rejects Bond's advances. Total airhead but you'd still wish to f*ck the as* off it. Makes Stacey Sutton (AVTAK) resemble a Yale graduate but she only has a limited part. Was hoping to see more of it but something of a wasted role. Too bad she and Bond didn't get it together.

Bond now works for the CIA (?) not MI5 and once again Agent 007 is a woman (believe Jamaican), not Bond, although he does appear to regain status later in the film. Just not 007 anymore. That alone is unforgivable and enough to unbalance the entire series. It's a shame, but there's only so much you can do in a theater row.

Bond has fight on a container ship, Leiter is killed, ship is blown up by explosive device, Bond escapes sinking ship and finds the only available life raft. Sitting alone in middle of open water, next second he's back in London. Yes it's bullshit.

Bond and M (Mallory) have meeting, the F word is used again but only once. Is this necessary, Yes it's the 21st Century and different generations but remains something the franchise should never have felt the need to included.

Bond is introduced to kid, (Swann has a daughter that was never hinted on until now) and over course of film it's just about revealed it's Bond's. Only speaks French mind, guess there hasn't been much in the way of interaction with the father.

Bond now appears reinstated as an MI5 Agent, has a cat and mouse gunfight in Norway, flattens some villain with a panzer tank, then it's off to some island near Russia / Japan (as you do) where more fists and chaos ensue and Bond ices some standout villain with a watch mechanism that blows up their artificial eye. (Eye had it's purpose up 'til now for spying missions and gather intelligence but it's a route that soon caused confusion if not loss of interest)

Swann and daughter rescued by Bond on island, but instead of leaving with them for safety, decides to stay back for "unfinished business"

Bond destroys virus instruments (apparent theme of all movie) and orders government officials to fire on his location with high power incoming missiles.

Bond has fight with lead villain (think that's who it was) in a duck pond of sorts then finds out he's been poisoned. Breaks villain arm and then shoots said villain dead, but realizes he can't make it back and stays on island to be obliterated by missiles. Brief shot of Bond being blown to a thousand pieces and as before seems without any ambiguity at all James Bond is no more. (There is once more twist)

Tearful reception at MI5 HQ where (ex) associates say what a great character he was before Swann and daughter are seen driving through some part of Europe where the former says one day she'll explain who James Bond was and all. (Guess the kid is still at a stage to properly understand)

Stayed with the closing titles this time to see if the iconic "James Bond will return" was evident - lo and behold it were. By that time many had left the theater and lights raised. Either they couldn't give a sh*t after seeing what essentially a disappointing film or their lack of attention / focus needed some extra work on maybe. There's other moments within the film that may have been overlooked or not expanded on but you get the general idea.

ALL SAID, viewed it twice and that's enough. It's loud, long, often you'll wonder what the hell is going on and what the purpose of things are and belief needs to be highly suspended but if you can pick through all it's faults it does offer a number of action sequences and Craig tries but it's nowhere the caliber of his previous entries.

Three stars out of five and that's being generous. Don't know what the producers end game is but they've made something of a mess with this years instalment. Only thing left to wonder is, if James Bond is to return then how the f*ck does that work out. Bring in someone with the very same name, reboot the series again ? Bottom line it's a mess, kind of amateurish in parts. Guess they went with something different but it crashed and hit the ground hard. Don't think will view another release, it''ll be a shame after decades of attendance and viewing but the producers have only brought this on themselves. 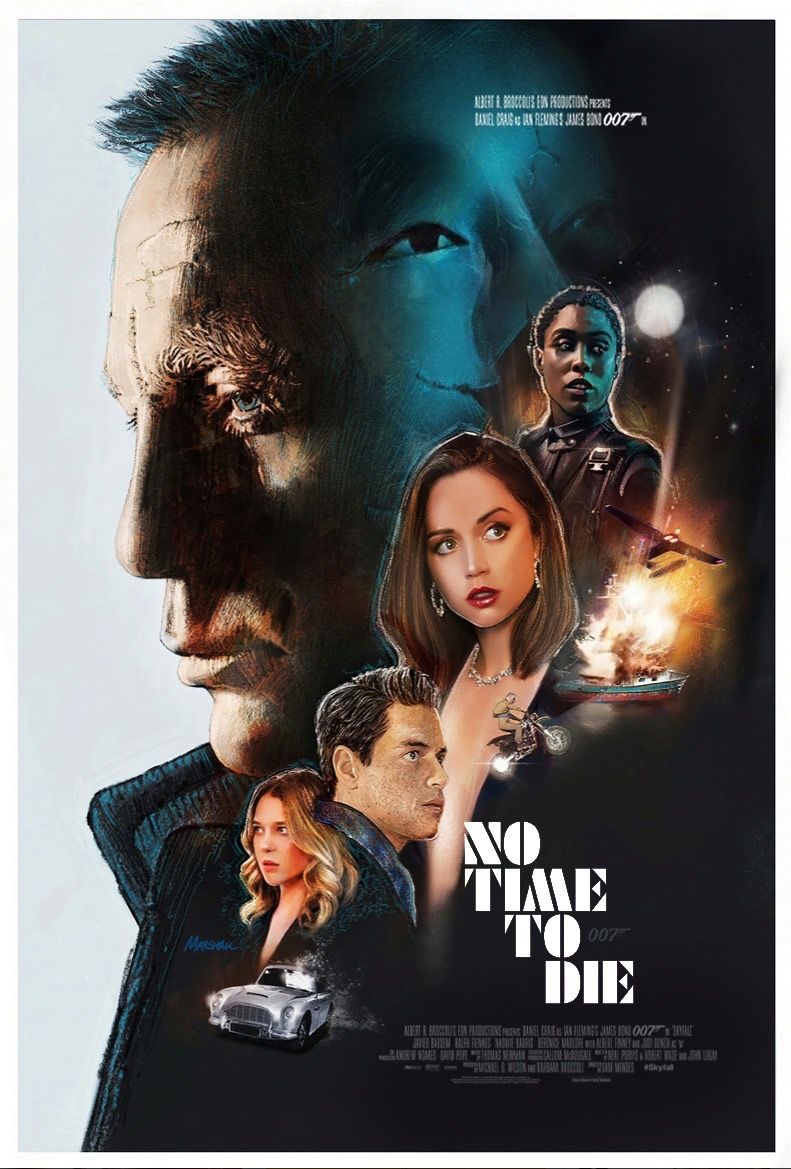 Thanks so much SJ, wondered what the synopsis was.

In our 9th or 10th lockdown down here, one person dead from Delta and about 27 all up since March last year, so don’t get to see the new movie. Still our government used the time wisely to f*ck up the vaccine release, f*ck the economy and every other policy they have had a hack at. The carnage sounds similar to the movie in some regards ….. just less deaths.

Ps …. I love bond movies and also look forward to your posts.