should be a few more to pick from this week, 48 runners at the moment,
all runners will be declared by Thursday 2nd July
Last edited by goldandblack on Tue Jun 30, 2020 7:46 pm, edited 1 time in total.
Top

DERBY GUIDE Epsom Derby tips: Runner by runner analysis, video form and trainer preview ahead of Saturday’s big race
THE 2020 Derby is fascinating on any number of levels.

And this year's race is a particularly open-looking one, which makes for a cracking betting heat. Our man Jack Keene has taken a close look at the key contenders. 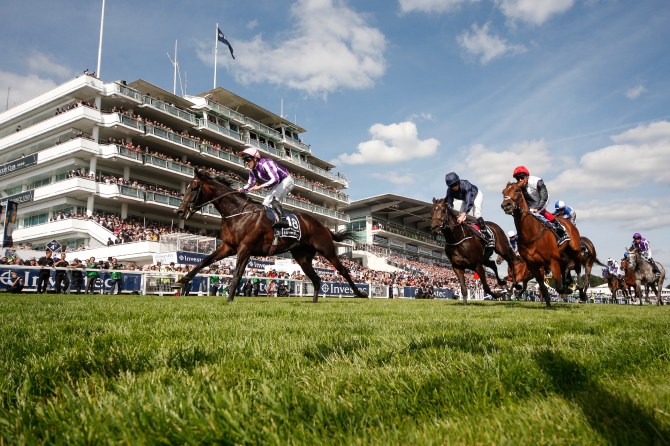 English King (5-2f)
Newcastle's Tapeta track has become a hotbed for future Flat racing stars and Ed Walker's colt could be the latest off the conveyor belt.

He opened his account in the north east in November and made a huge impression on the first start of his three-year-old campaign when winning the Lingfield Derby Trial with ease.

The form has a solid look to it, with Berkshire Rocco, the only horse able to get anywhere near the son of Camelot, going on to finish second at Royal Ascot to the subsequent Irish Derby winner Santiago.

Lingfield's trial had been something of a poor relation in the Classic trial world until Anthony Van Dyck bucked the trend when completing the double last term, and English King displayed one of the attributes needed for a Derby when handling the track's downhill bend with aplomb 24 days ago.

Dave, not sure if that horse is running, usually declare the final runners Thursday UK Time lol
will wait and see OK/ but if it does run its well worth a bet,,: A P O'Brien has 7 horses listed for the race,
Last edited by goldandblack on Tue Jun 30, 2020 8:10 pm, edited 2 times in total.
Top

News from the Racing World.

Get all your horse racing tips here with, 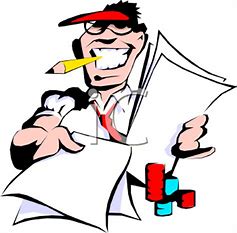 We now have 17 runners but not declared until Thursday.

This colt has improved with each visit to the racecourse for his all-conquering connections.

He was a shade unlucky not to win on his reappearance in the Derrinstown Stud Derby Trial at Leopardstown, but he made amends when keeping on strongly to win the Hampton Court at Ascot.

He did well to win that day from off the pace, and he ran hard through the line once hitting top gear under Ryan Moore in a time which, compared to the Prince Of Wales's Stakes on the same card, was pretty tasty.

He looks all over the type to improve for the step up to 1m4f, on run style and breeding. His sire Galileo has produced four Derby winners, and his sons or grandsons filled the first four places in last year's race.

He doesn't look to have push-button acceleration, but he is clearly going in the right direction and has a decent engine when engaging overdrive.

Ryan Moore quotes: "He is a lovely horse that is straightforward and has a great attitude. He has got a very good attitude and his dam was exceptional in Australia. I think he will be a nice horse going forward for the rest of the year.

"He is very professional and has had the benefit of a couple of runs this year."

Pros: Improved with each start and won nicely in a good time at Royal Ascot

Aidan O'Brien's beautifully-bred colt is one to consider very closely.

He is the sixth foal to race out of the broodmare sensation You'resothrilling, and each of his five siblings have all ended up Group winners.

He opened his account at the second attempt in pleasing fashion at Dundalk last year, and he took a huge step forward to finish second in the Irish 2000 Guineas last time.

The son of Galileo was briefly outpaced before finishing with a wet sail to grab the silver medal. That finishing effort, combined with his big, loping stride, suggest he is more than ready for a stiffer test of stamina.

He is a very exciting prospect, but he is still a little light on experience and significant rainfall could harm his chances.

Ryan Moore quotes: "Vatican City is a beautiful horse, he's only had three runs and put in some good work in the last furlong to finish second in the Irish 2000 Guineas. That is solid form."

Pros: Bred to be a superstar and stormed home to finish second in Irish 2000 Guineas

Cons: A little light on experience and wouldn't want to ground to come up too testing

The neutrals out there will be cheering on William Muir's stable star.

And there was no fluke about his 18-1 King Edward VII Stakes victory at Royal Ascot. The race was run at a steady-enough pace and he showed heart and gears to get himself out of a tricky position and gallop clear in the straight.

The hot favourite Mogul flopped that day and the second Arthur's Kingdom ran well below expectations in the Irish Derby at the weekend, so he will need to take another step forward on the bare form - but it would take a brave man to rule out further progress.

He is a big horse who will only improve with time and racing and he has won on ground ranging from Firm to Soft.

“And that’s what we’ve found. He’s got the temperament for it and is a pleasure to deal with.”

Pros: Improved physically from two to three and relished the step up to 1m4f at Ascot

Cons: Form of that race looks a little suspect so he needs to progress again 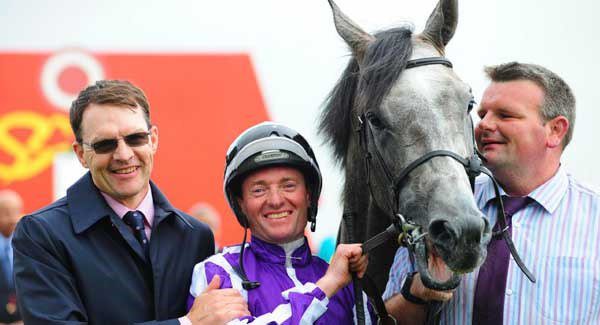 This Competition will end on Saturday 25th July.2020
Top

a lot of money gone on English King, Blue. I recon on Mogul to beat it.. fingers crossed

I'll have 50 Win on Serpentine it's a Galileo Colt very well-bred and should stay.
Top

No Probs. good price if it comes in,
Top

I wouldn’t normally look beyond Aidan O’Brien getting one of his horses into the winners enclosure but he has so many in this race it’s hard to know which one to put your money on. Today I’m backing the jockey more than the horse and just hoping the in form Frankie Detori can do the business on the 2nd fav.
Top

If Frankie wasn’t on such a good horse I think I’d have sided with Russian Emperor at 6/1.
Top

That was the worst Derby I’m sure most of us have ever seen.
Top

Pretty sure Kerry blue is happy with the selection
Top

I'm gutted they never win if I put money on and 25/1 WOW.
Would you like my bank details to transfer my winnings