The Lockinge Stakes is a Group 1 flat horse race in Great Britain open to horses aged four years or older. It is run over a distance of 1 mile (1,609 metres) at Newbury in May.
History
The event is named after Lockinge, a civil parish located to the north of Newbury. It was established in 1958, and originally open to horses aged three or older. The first edition was won by that year's 2000 Guineas Stakes winner Pall Mall. The horse repeated his success as a four-year-old in 1959.
The Lockinge Stakes became part of the British Champions Series in 2011. It is currently the second race in the mile division, which concludes with the Queen Elizabeth II Stakes in October.
The leading horses from the Lockinge Stakes often go on to compete in the Queen Anne Stakes. The last to win both races in the same year was Frankel in 2012.
……………………………………………………………
The Revenant heads entries for £350,000 Group 1 Al Shaqab Lockinge Stakes at Newbury.
FRANCE'S top miler The Revenant could add an international flavour to the £350,000 Al Shaqab Lockinge Stakes, run at Newbury on Saturday, May 15, for which he is one of 31 entries, announced today.
The Francis Graffard-trained winner of last year’s Queen Elizabeth II Stakes at Ascot is joined by Britain’s best at the distance Palace Pier and Order Of Australia, the Aidan O’Brien-trained winner of the Breeders’ Cup Mile, in the nominations for the first older horse Group 1 of the British Flat Turf season which forms part of QIPCO British Champions Series.
To read more
https://www.newburytoday.co.uk/sport/th ... y-9194434/
Last edited by goldandblack on Sat May 15, 2021 12:09 pm, edited 4 times in total.
Top

Betting,
Each Way Bets paid out on the first 3 past the post

Links to betting, Runners, Riders and Odds, As on Sunday 9th May 21
So far we have 23 Runners have entered the race.
Final Horses will be declared on Thursday 13th May. 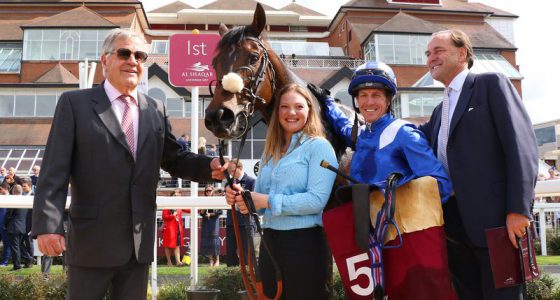 Jim Crowley with the trophy

Just a bit of info and past history on this race,
Favourites have a very strong record in the Lockinge Stakes with six clear favourites and one joint-favourite winning in the past ten years.
Frankel started 2-7 favourite in 2012, completing a hat-trick of odds-on wins after Paco Boy (2010) and Canford Cliffs (2011). Olympic Glory (2014), Ribchester (2017) and Rhododendron (2018) were also well-backed favourites and Night Of Thunder (2015) started joint-favourite.

Mustashry provided a rare Lockinge upset when winning at 9-1 for Sir Michael Stoute and Jim Crowley in 2019. Belardo (2016) started one point shorter at 8-1 but shock results are extremely rare in this race.

lucy, Marco,& BlueMike.
Dont forget the final list of runners wont be declared until Thursday at midday,
if any of your choices don't run you can change them, or the bet will go on the favourite as a win bet,

All your horse have been declared Runners. ( or walking )

No Chance Wolfie, pogo is very up & Down
Top

Seem a lot of money going on .Louis Y Fernadez, currently 11/2, you lot know something i dont,

This week the bookies came out winning 49.25.

This was the John and Thady Gosden-trained inmate's third triumph at the highest level after he captured the St James's Palace Stakes and Jacques le Marois last term, and it never looked in doubt here as he saw off Lady Bowthorpe and Top Rank, although his starting odds of 1-2 suggested such a cosy victory was in store.

He was, in Dettori's words, flattened breaking from the stalls at the start, but glided forward with power and purpose at halfway, producing a response that might have surprised his experienced partner. 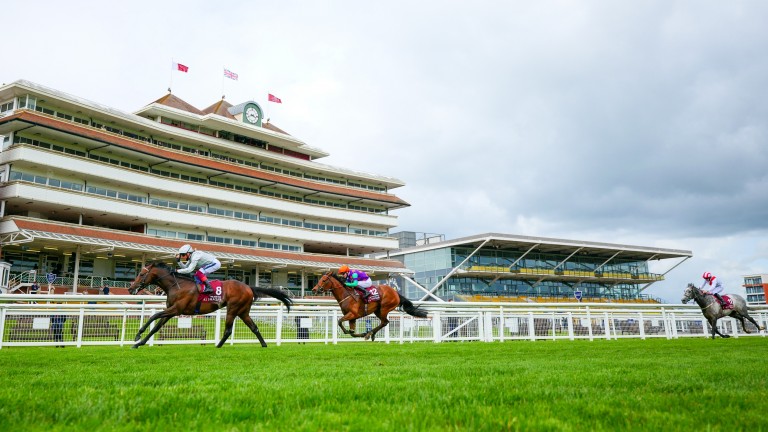 "He found a nice rhythm and I knew he hits a flat spot between the two and three so I went to lay up, and he went whoosh and just took off," added the now five-time Lockinge winner, who was in the grey silks of Sheikh Hamdan bin Mohammed Al Maktoum.

"He was a long time in front, but won like a really good horse." 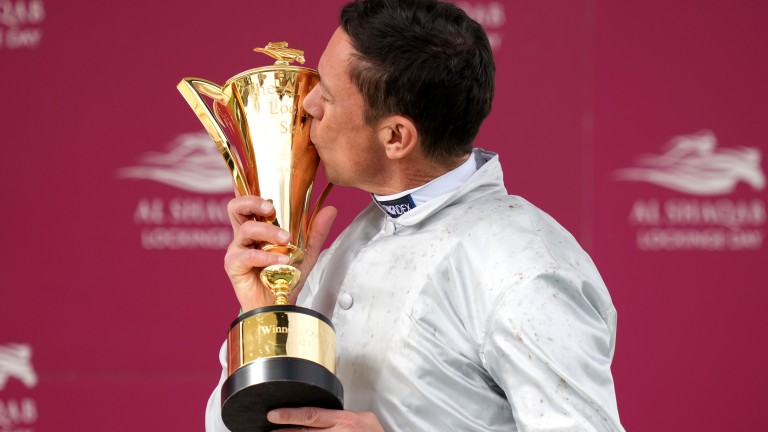