I am so Poor at this.

Still plenty of time to find some winners and you are not losing real money I hope.

Lucy, its shows how hard it is to win, you picked 2 certain horses to win you some money but we forgot to tell the horses.
was strange how they changed jockeys, i recon it was either a set up to get better odds or Kirby got the hump and rode for revenge.

Any its shows its just luck by who's top.

As they say, there's always next week.
Top


Actually you make a valid point.


Actually you make a valid point.

'It's mad, it's crazy' - Adam Kirby revels in breakthrough Classic on Adayar
To be able to ride class horses when you're just a run-of-the-mill jockey, and to then get a chance to deliver on a big day, is a marvellous feeling. 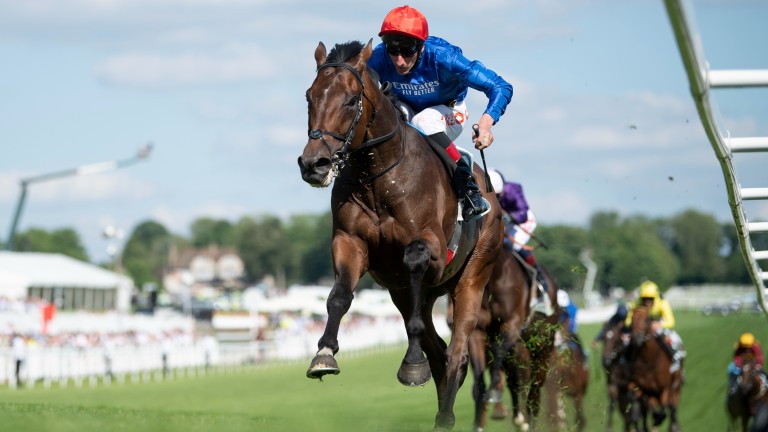 Had he not first been rejected, Adam Kirby would not now be rejoicing.

There are many ups, downs, twists and turns from one end of Epsom racecourse to the other. At the finish of this sun-drenched Cazoo Derby they felt like a metaphor for the week experienced by a long, lean athlete who shrugged off his self-confessed unglamorous reputation to scale the greatest of all Flat racing peaks aboard Adayar.

As Wednesday afternoon began, Kirby was looking forward to having only his second Derby ride aboard one of the leading fancies, John Leeper, a horse he had guided around Epsom's strange contours in a gallop just nine days earlier.

Excitement turned to dejection when Frankie Dettori became available and John Leeper's connections switched riders. Kirby was suddenly without a Derby mount – but not for long.
Top
Post Reply
36 posts